RAW is Australia’s most credible dance music network with over 50 FM licences throughout NSW, the ACT and Victoria. You can also tune in via our high quality web and mobile streams, on satellite and iTunes…so wherever you are, you can always get RAW!

Our format consists of an up-to-the-minute playlist of hot, credible club music.

Our slogan ‘Dance Floor Radio’ sums up what we do perfectly: if it’s on the dance floor, it’s on RAW. In fact, we’re pretty confident Nobody Plays More New Dance Music…and we pride ourselves on playing the most cutting-edge selection of House, Indie Dance, Electro, Trance and Urban in Australia.

What’s more, you’ll hardly hear any talk when you tune in! Aside from occasional ads bringing you the latest info on events, clubs, lifestyle and services, we’re all about the tunes!

In 2018 we’re celebrating 18 years of bringing you the best dance music 24/7…so get involved, let us know what you think of the station, and we’ll see you on the dance floor!

A little about our founder.

In the 80s and 90s…Ange was running a successful nightclub marketing and promotions business combining his passion for DJing with his unique and creative flair…delivering some truly memorable events such as Fantastic Voyage, Cream, Fusion, Riche (formerly Juliana’s), Beach Rock and 15-18 Jump Street (Central Coast).  It was during this time that Ange first hit Sydney’s airwaves as the co-producer and presenter of “Night Tracks” the Dance Music Radio Show that ran for 10 years on a Sydney radio station.

Recognising the potential to take Dance Music to an even greater audience, Ange ventured into narrowcasting with the launch of 99.1 RAW FM on the Central Coast in January 2000.

Ange’s knowledge and expertise is highly regarded by both industry and government authorities.  He served as a Board Member of ASTRA for 4 years (the former industry association) and is a Foundation Member of the new body, ANRA-the Australian Narrowcast Radio Association-currently in his tenth year on the Board…the last two as President.

Ange would like to acknowledge, in particular, the invaluable assistance, guidance and expertise of Chris Fraser, Sam Sergi, Rob Carr who continue to contribute to the success of RAW FM.  Equally, Ange would like to thank the listeners, sponsors and supporters who have helped make RAW FM the heartbeat of dance music broadcasting. 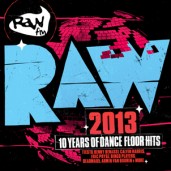